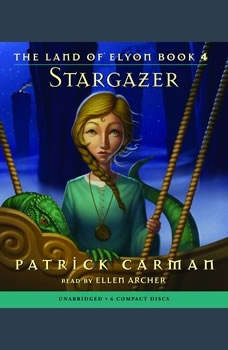 The Land of Elyon Book 4: Stargazer

When last we saw Alexa Daley, she had defeated a threat in her homeland and was sailing with Roland Warvold across the Lonely Sea. She had no idea what adventures awaited her . . .until now. After a tragic attack by an evil force, Alexa and her friend Yipes are stranded in a strange community known as The Five Stone Pillars. Each pillar of rock has its own secrets . . . and its own challenges. As darkness descends, Alexa must risk everything to defeat it even if it means taking to the skies.