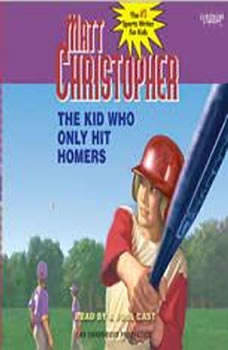 The Kid Who Only Hit Homers

When Sylvester Coddmyer III meets a mysterious character named George Baruth, he goes from being a terrible hitter to the boy who only hits homers! But how will he answer some of the difficult questions that people start asking about his amazing new talent?