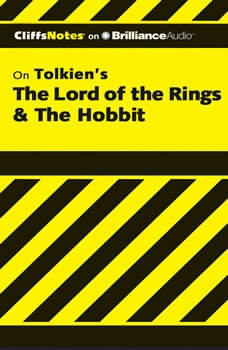 The Hobbit & The Lord of the Rings

In this series companion book, the listener will learn about the exotic beasts used by the Seanchan and hear of the rise and fall of Artur Hawking, and peruse the deeper story of the War of the Shadow.

In Other Worlds
by Margaret Atwood

At a time when speculative fiction seems less and less far-fetched, Margaret Atwood lends her distinctive voice and singular point of view to the genre in a series of essays that brilliantly illuminates the essential truths about the modern world. T...

How to Build an Android
by David F. Dufty

The stranger-than-fiction story of the ingenious creation and loss of an artificially intelligent android of science fiction writer Philip K. Dick In December 2005, a young robotocist on his way to Google headquarters lost an overnight bag on a fli...

Orson Scott Cards Enders Game is a classic of science fiction. Though it began its life as a short story, it was later expanded into a Hugo and Nebula Awardwinning novel, served as a springboard for a much larger universe of stories, and finally, ha...

Putting the Science in Fiction
by Dan Koboldt

Science and technology have starring roles in a wide range of genres—science fiction, fantasy, thriller, mystery, and more. Unfortunately, many depictions of technical subjects in literature, film, and television are pure fiction. A basic unde...

The Hobbit & The Lord of the Rings
Cliffs Notes Series #0