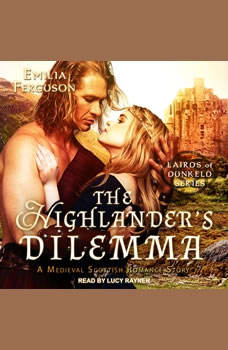 Leona MacConnoway is the daughter of the local gentry, a little spoiled and headstrong, but generous and loved by all who know her. When her mother's father passes away in faraway France, a messenger brings word that she must travel to his estate at the order of the new Lord du Mas. However, there is no word on when—or if—she will ever be allowed to return to the wilds of Scotland. Handsome Conn MacNeil has always known that his betrothal to Leona would lead to happily ever after, and he's never doubted that theirs will be a blissful union. Before they can wed, though, she's torn away and sent to France aboard a ship, and months pass with no word from her. For all he knows, his one true love has been married off to a Frenchman or sent even further abroad, but one thing is for certain: He'll stop at nothing to find her. When a ruthless and violent nobleman becomes determined to wed her, and her uncle sees only the advantages that he'll gain from the marriage, Leona must decide whether fight or flight is the right response. She knows that to give in would be the end of her life with Conn, but her uncle has given her no other choice this time. Marry . . . or run.

The Highlander's Dilemma: A Medieva...
Lairds of Dunkeld #5

The Highland Hero
Lairds of Dunkeld #3