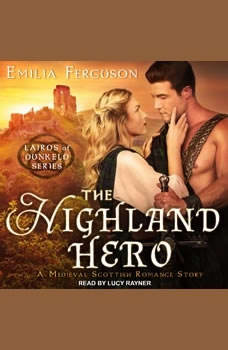 A Brave Warrior . . . Blaine McNeil is the master-at-arms at Lochlann, set deep in the wild and mysterious Scottish Highlands, and he must defend his clan at all costs. When the woman he loves is taken captive by the evil McDonnell clan, he rides to rescue her. The Free-Spirited Lass . . . Chrissie Connolly, now a young woman, visits the home of her beloved cousins Amabel and Alina often, especially now that there are Amabel's bonny babes to visit. Chrissie is facing what seems to be her toughest decision—which suitor should she accept has her future husband? Heath Fraser, or the unsuitable but persistent Blaine MacNeil? However, when she's taken captive and robbed of what she holds most dear, she knows that her youth is lost forever. A Dark and Cloudy Future . . . After Blaine rescues Chrissie and makes her his bride, he makes a terrifying discovery: his beautiful bride is pregnant. Not knowing who the child's father is, the pair is faced with a frightful new challenge. This could be a child of their love, perhaps even a son, but the child could also be a lifelong reminder of her gruesome experience with their enemy . . . Will Blaine love and accept his bride and her child? Or will the greatest battle of his life take place in his mind instead of a bloody war?

The Highland Hero: A Medieval Scott...
Lairds of Dunkeld #3

The Cursed Highlander
Lairds of Dunkeld #4