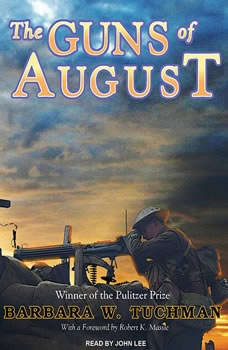 The Guns of August

Historian and Pulitzer Prize–winning author Barbara Tuchman has brought to life again the people and events that led up to World War I. With attention to fascinating detail, and an intense knowledge of her subject and its characters, Ms. Tuchman reveals, for the first time, just how the war started, why, and why it could have been stopped but wasn't. A classic historical survey of a time and a people we all need to know more about, The Guns of August will not be forgotten.