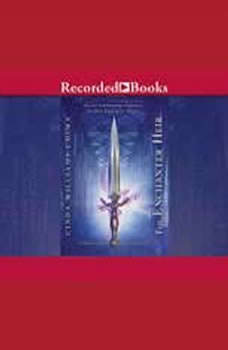 They called it the Thorn Hill Massacre-the brutal attack on a once-thriving Weir community. Though Jonah Kinlock lived through it, he did not emerge unscathed: like the other survivors Jonah possesses unique magical gifts that set him apart from members of the mainline guilds. At seventeen, Jonah has become the deadliest assassin in Nightshade, a network that hunts the undead.Emma Claire Greenwood grew up worlds away, raised by a grandfather who taught her music rather than magic. An unschooled wild child, she runs the streets until the night she finds her grandfather dying, gripping a note warning Emma that she might be in danger. The clue he leaves behind leads Emma into Jonah's life-and a shared legacy of secrets and lingering questions.Was Thorn Hill really a peaceful commune? Or was it, as the Wizard Guild claims, a hotbed of underguild terrorists? The Wizards' suspicions grow when members of the mainline guilds start turning up dead. They blame Nightshade, bringing tensions between the groups to a head. Racing against time, Jonah and Emma work to uncover the truth about Thorn Hill, amid increasing concern that whoever planned the Thorn Hill Massacre might strike again.