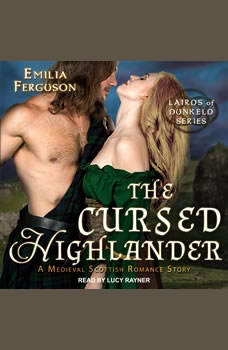 Will a Scottish beauty who can see the future, predict the doom of the Highlander she loves? A Gifted Lass Joanna MacConnaway's future looks dark when her great-uncle passes, leaving Lochlann in the hands of a new leader. This handsome stranger, who has haunted Joanna's dreams, soon finds himself in mortal danger. Joanna chooses to help him, against her misgivings and sense of impending doom. Can she trust him? And is he worthy of the feelings she soon develops for him? A Cursed Leader Dark and brooding Dougal Blackheath is haunted by ghosts that seem determined to take his life, and, when he moves to Lochlann Castle, the demons follow him to his new home. Though his father has decreed that he must marry a wealthy, powerful bride to serve his own ambitions, he makes the bold and brash decision to marry for love instead, and soon discovers that he has feelings for his new ward, the beautiful Joanna. Ghosts of the Past Joanna rescues Dougal, but the haunting carries on, and both of them, it seems, face mortal danger. When this bloodthirsty ghoul strikes against Joanna, the pair of them unite, to get to the bottom of violence that seems all too real. Otherwise, neither of the Highland pair will live to tell the tale. Will Joanna discover the truth behind the Highland mystery that she's inherited before it ruins her future? Or will her nightmarish vision become her everyday reality? Can Dougal really be the doom of Lochlann Castle, or is something far more sinister—a flesh and blood culprit—behind the attacks on his life?

The Cursed Highlander: A Medieval S...
Lairds of Dunkeld #4

The Highland Hero
Lairds of Dunkeld #3