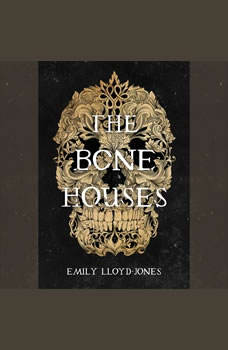 Buffy the Vampire Slayer meets Sky in the Deep in this bewitching, historical horror novel, perfect for fans of Holly Black and V.E. Schwab. Seventeen-year-old Aderyn ("Ryn") only cares about two things: her family and her family's graveyard. And right now, both are in dire straits. Since the death of their parents, Ryn and her siblings have been scraping together a meager existence as gravediggers in the remote village of Colbren, which sits at the foot of a harsh and deadly mountain range that was once home to the fae. The problem with being a gravedigger in Colbren, though, is that the dead don't always stay dead.The risen corpses are known as "bone houses," and legend says that they're the result of a decades-old curse. When Ellis, an apprentice mapmaker with a mysterious past, arrives in town, the bone houses attack with new ferocity. What is it that draws them near? And more importantly, how can they be stopped for good?Together, Ellis and Ryn embark on a journey that will take them into the heart of the mountains, where they will have to face both the curse and the deeply-buried truths about themselves. Equal parts classic horror novel and original fairytale, The Bone Houses will have you spellbound from the very first page.

A storm. Rain-lashed city streets. A flash of lightning. A scruffy lad sees a girl leap desperately from a horse-drawn carriage in a vain attempt to escape her captors. Can the lad stand by and let her be caught again? Of course not, because he's ....

Lirael has never felt like a true daughter of the Clayr. Abandoned by her mother, ignorant of her father's identity, Lirael resembles no one else in her large extended family living in the Clayr's glacier. She doesn't even have the Sight--the abili...

A tale of dark secrets, deep love, and dangerous magic!Since childhood, Sabriel has lived outside the walls of the Old Kingdom, away from the random power of Free Magic, and away from the Dead who refuse to stay dead. But now her father, the Charte...

Tamora Pierce brings readers another Tortall adventure! Alianne is the teenage daughter of the famed Alanna, the first lady knight in Tortall. Young Aly follows in the quieter footsteps of her father, however, delighting in the art of spying. When s...

Conor Broekhart was born to fly. In fact, legend has it that he was born flying, in a hot air balloon at the Paris World’s Fair.In the 1890s Conor and his family live on the sovereign Saltee Islands, off the Irish coast. Conor spends his days ...

An all-new creepy fantasy series from the New York Times bestselling author of Asylum.Featuring stunning interior illustrations from artist Iris Compiet, plus photo-collages that bring the story to chilling life, House of Furies invites readers to ...