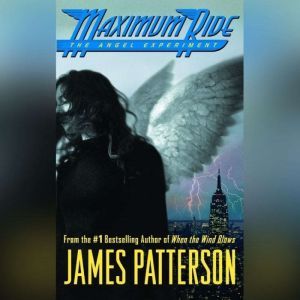 In James Patterson's blockbuster series, fourteen-year-old Maximum Ride, better known as Max, knows what it's like to soar above the world. She and all the members of the "flock"--Fang, Iggy, Nudge, Gasman and Angel--are just like ordinary kids--only they have wings and can fly. It may seem like a dream come true to some, but their lives can morph into a living nightmare at any time...like when Angel, the youngest member of the flock, is kidnapped and taken back to the "School" where she and the others were experimented on by a crew of wack jobs. Her friends brave a journey to blazing hot Death Valley, CA, to save Angel, but soon enough, they find themselves in yet another nightmare--this one involving fighting off the half-human, half-wolf "Erasers" in New York City. Whether in the treetops of Central Park or in the bowels of the Manhattan subway system, Max and her adopted family take the ride of their lives. Along the way Max discovers from her old friend and father-figure Jeb--now her betrayed and greatest enemy--that her purpose is save the world--but can she?

Many middle-school and higher readers/listeners will probably enjoy this story. There are fights and running and chasing and more fights. But for a listener looking for actual content, say a plot, it is a vain search indeed. Clearly part of a series, the author leaves so many strings hanging it feels like an unwoven macrame. Most of the action is structurally pointless. It is little more that an undeveloped comic book with many fight scenes. The narrator, Evan Rachel Wood, does seem to capture the main character's 1st-person narration fairly well, though at times it felt a little too cavelier. And Patterson's frequent pop cultural allusions seem next to impossible considering these kids were raised in cages in a lab as of only 4 years ago. Perhaps three stars is generous, but I'm giving it for those people that don't mind all the action with no sense and little plot.

With detailed fights, great narration, and a well thought out story, Maimum Ride is the best book I've ever read. It had everything I ever wanted in a book. The only bad thing is, it was done in a day. I am not-so-patiently waiting for the third book to come out.

One of the best books I have EVER read! I was hooked on the series, and read non-stop! Easily falling in love with the characters, and wanting in on the action! A lot of the time I find myself wishing that the characters were real! The perfect book for people who love action, and have a soft spot for a little romantic flirting between some of the characters! 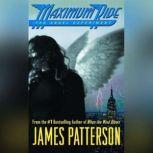 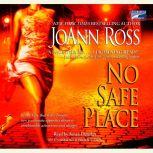