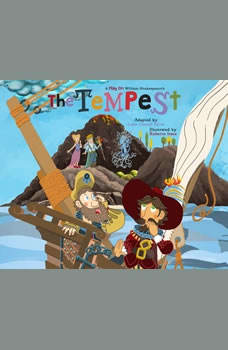 Tempest, The: A Play on Shakespeare

Series: A Play on Shakespeare

Prospero and his lovely daughter Miranda live alone on the tiny island where they were marooned years ago, with only the island creatures for company-that is, until a powerful storm brings a boat full of strangers to the island. As the story unfolds, magic and mystery fill the island in this retelling of Shakespeare's classic play.

A Play on Shakespeare Bundle

Much Ado About Nothing
A Play on Shakespeare

Midsummer Night's Dream, A
A Play on Shakespeare