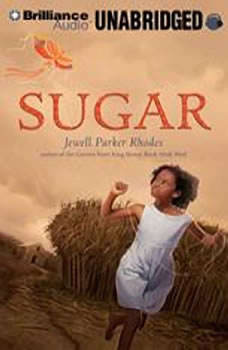 For Sugar, life is anything but sweet.Ten-year-old Sugar lives on River Road Plantation along the banks of the Mississippi River. Slavery is over, but working in the sugarcane fields all day doesn’t make her feel very free. Thankfully, Sugar knows how to make her own fun, telling stories, climbing trees, and playing with forbidden friend Billy, the plantation owner’s son.Then a group of Chinese workers arrives to help harvest the cane. Sugar wants to know everything about them—she loves the way they dress, their unfamiliar language, and, best of all, the stories they tell of dragons and emperors. Unfortunately, other folks on the plantation feel differently—they’re fearful of these new neighbors and threatened by their different customs. Sugar knows things will only get better if everyone works together, so she sets out to help the two communities realize they’re not so different after all.Sugar is the inspiring story of a strong, spirited young girl who grows beyond her circumstances and helps others work toward a brighter future.