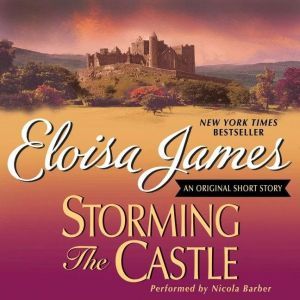 Featuring the handsome and mysterious Wick from A Kiss At Midnight. What Miss Phillipa Damson needs is a good, old fashioned knight in shining armor. What she has is a fiancé she never wanted and a compelling urge to run away. But if she manages to escape, will she find her happily ever after?