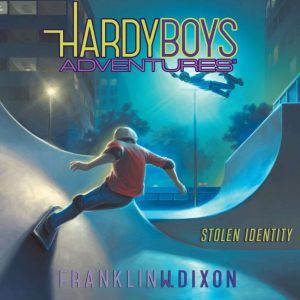 A criminal that seems to be straight out of a Sherlock Holmes novel is out to get brother detectives Frank and Joe in the sixteenth book in the thrilling Hardy Boys Adventures series. An original Sherlock Holmes manuscript was stolen from the Bayport Museum and now pages keep showing up in Frank and Joe’s things: their lockers, menus, even the backseat of their car. It’s clear someone is out to frame them. But who could it be? The boys try their usual means of deduction, but everything leads to a dead end. They just keep finding unsuspecting people who were paid to hide the pages by a mysterious third party. Frank recognizes this tactic—it’s exactly what Moriarty would do to throw off Sherlock Holmes. So the brothers decide to use one of Sherlock’s signature ideas: The Baker Street Irregulars. Though instead of street kids, Frank and Joe use a group of skateboarding tweens to keep their eyes and ears open around town. It’s a battle of wits as the brother detectives try to clear their name. But this Moriarty wannabe always seems to be one step ahead. Can the Hardy boys find the real culprit before it’s too late?