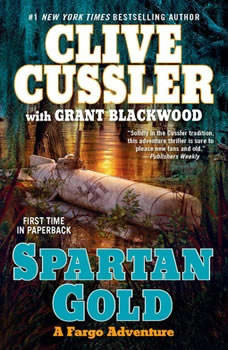 Husband-and-wife treasure hunters Sam and Remi Fargo must out-pace a self-made millionaire in pursuit of a fortune that could prove his family ties to a centuries-old dynasty in this #1 New York Times-bestselling series.


Thousands of years ago, two superpowers of the ancient world went to war, and a treasure of immeasurable value was lost to the shadows of history.

In 1800, while crossing the Pennine Alps with his Grand Reserve Army, Napoleon Bonaparte stumbled across a startling discovery. Unable to transport it, he created an enigmatic map on the labels of twelve bottles of rare wine. When Napoleon died, the bottles disappeared—and the treasure was lost again.

Until now. Treasure-hunting husband-and-wife team Sam and Remi Fargo are exploring the Great Pocomoke Swamp in Maryland when they are shocked to discover a World War II German U-boat. Inside, they find a bottle taken from Napoleon’s famous “Lost Cellar,” and fascinated, they set out to find the rest of the collection. But another connoisseur of sorts is hunting his own prize, and the Lost Cellar is his key to finding it. That man is Hadeon Bondaruk, a half-Russian, half-Persian millionaire, and the treasure will be his, no matter what.