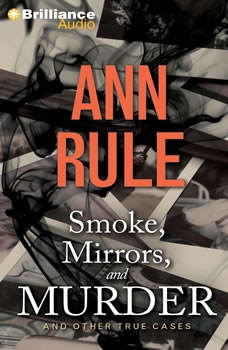 Real-life murder. Real-life mystery.In some murder cases, the truth behind the most tragic of crimes crystallizes with relative ease. Not so with these fascinating accounts drawn from the personal files of Ann Rule, America's #1 bestselling true-crime writer. What happens when the case itself becomes an intractable puzzle, when clues are shrouded in smoke and mirrors, and when criminals skillfully evade law enforcement in a maddening cat-and-mouse chase? Even the most devoted true-crime listener won't predict the outcome of these truly baffling cases until the conclusions revealed in Ann Rule's marvelously insightful narrative: An ideal family is targeted for death by the least likely enemy, who plotted their demise from behind bars…. A modest preacher's wife confesses to shooting her husband after an argument—but there's more to her shattering story than meets the eye. These and other true cases are analyzed with stunning clarity in a collection you won't be able to stop listening to.