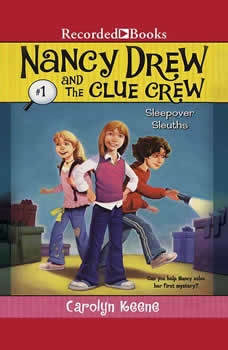 Nancy Drew mysteries have thrilled girls and boys for over 70 years. In the first volume of a new series for younger listeners, Nancy gets to show off her sleuthing abilities while at her friend Deirdre's sleepover. Everyone's excited for pizza, cake and even a movie. But when Deirdre's Hollywood Heather doll goes missing, the fun stops, and Nancy springs into action.

Scream for Ice Cream
Nancy Drew and the Clue Crew #2