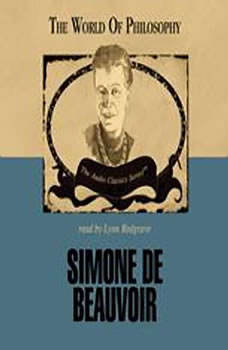 Simone de Beauvoir is best known for her association with the French Existentialist movement of the 1940s (a close relationship with JeanPaul Sartre), and for the book that many claim gave birth to the feminist theory in the twentieth century, The Second Sex. Beauvoir was trained as a philosopher; she was the ninth woman in France ever to receive a doctorate in philosophy and, in 1929 at the age of twentyone, the youngest person ever to earn the degree. But throughout her life, she thought of herself primarily as a novelist. Beauvoir's formative experiences in particular her severe middleclass Catholic upbringing, her loss of faith at the age of fourteen, and the death of a dear girlhood friend convinced her that life's meaning is found not in abstractions or cosmic and universal theories, but in the decisions individual people make day to day. She rejected the building of philosophical systems in favor of carefully examining everyday life, which she explored in her novels and later in her autobiographical writings. Beauvoir held firmly to the basic principle of Existentialism, that human beings are in no way bound by any kind of natural law or divine plan. We are free to create ourselves out of the resources in our society and environment; over time, our choices make us who and what we are. Thus the central philosophical question for Beauvoir is always: How shall I live? She is concerned always with ethics: values, choices, and actions. She believes that we are radically free, yet also finite; her work (especially The Second Sex) explores the tensions that exist between our liberty and our finitude, between our inalienable freedom to choose and the constraints imposed by the choices of others. She argues against nihilism and ethical relativism, insisting that we all have an obligation to affirm both our own radical freedom and the freedom of others in all that we do. Wherever freedom is denied (for example, wherever there is sexism, racism, or colonialism) each one of us has a moral obligation to intervene. By whatever means necessary, we are obligated to reestablish the freedom of our fellow human beings. Freedom for all therefore must be our highest value for without it, we lose our very humanity.