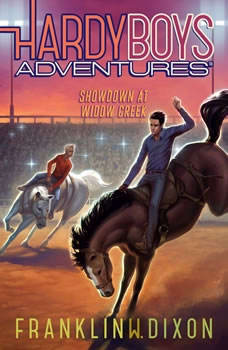 A wave of motion rippled&#160;through the cattle as they broke into&#160;a run. The cows directly behind Sarah and me looked back anxiously.&#160;The entire herd would be upon us in no time.&#160;Sarah cupped a hand to her mouth. &ldquo;Clear out of the way! Stampede!&rdquo;