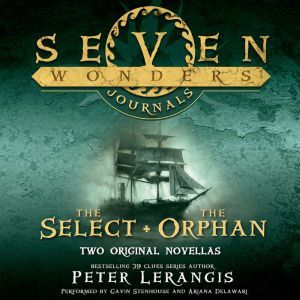 Seven Wonders Journals: The Select and The Orphan

The adventure continues in these two original novellas—The Select and The Orphan—based on the epic series Seven Wonders.The Select tells the story of thirteen-year-old Burt Wenders, the first documented carrier of the G7W gene, and his fated voyage to the island that would eventually become home to the Karai Institute. Burt's account reveals his heroic efforts to navigate serpent-filled waters, save his father, and find a cure for the illness that curses him.The Orphan tells the story of Daria, a twelve-year-old orphan abandoned among the Babylonians. It chronicles her valiant battle to rescue her best friend from certain death and to escape the only city she's ever called home.Read the stories. Join the quest. The Seven Wonders await.