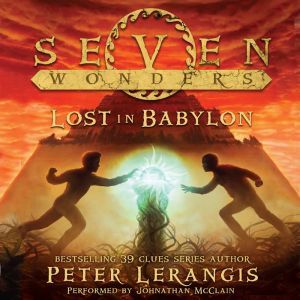 A week ago, thirteen-year-old Jack McKinley was a normal kid leading a normal life—totally unaware that he was about to die. He's cursed with a genetic abnormality that's giving him amazing powers too quickly for his body to handle. Jack's only hope: Find the seven lost Loculi that were hidden in the Seven Wonders of the Ancient World by the last prince of Atlantis. Only they contain the magic to save him—and the world.After unearthing the first Loculus and defeating the Colossus of Rhodes, Jack and his friends are in worse shape than when they first set out. Marco has disappeared without a trace, along with the first Loculus. With no time to spare and no one else to turn to, Jack and the gang have no choice but to follow the only clues they have and to head off on the next leg of their epic quest—to the Hanging Gardens of Babylon!