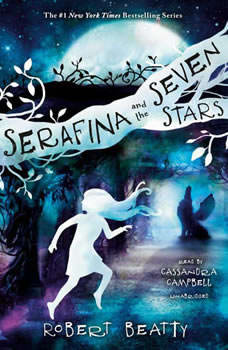 Serafina and the Seven Stars

Fierce battles have given way to tranquility at Biltmore Estate. Who is Serafina if not the protector of her beloved home? Our heroine must confront deceptively dark and terrifying forces in this return to Robert Beatty's #1 best-selling Serafina series.

Serafina makes an epic return in the fourth installment of Robert Beatty's #1 New York Times best-selling series. Peace and tranquility have finally returned to Biltmore Estate after hard-won battles against encroaching darkness. But as time passes without signs of danger, Serafina finds herself questioning her own purpose. Who is she if not Biltmore's protector?
When a pure-white fawn emerges from the estate's lake, Braeden is quick to befriend the mysterious creature and nurse it back to health. But Serafina feels ill-at ease-around the fawn, and is quick to suspect a connection when unsettling events take place at Biltmore. Is Serafina merely desperate to once again play the role of heroine? Or is her home in terrible danger from a strange and sinister force?

Serafina and the Seven Stars
Serafina #4