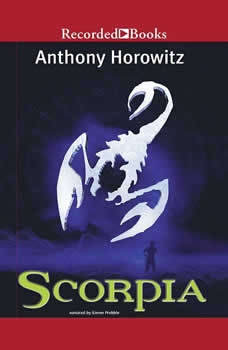 Best-selling author Anthony Horowitz's Alex Rider adventure novels are a worldwide sensation. In Scorpia Alex must confront the legacy of the father he never knew. It turns out his father may have worked for Scorpia, a deadly terrorist organization. Now that Scorpia wants Alex on their team, the teenaged hero must face the hardest decision of his life.