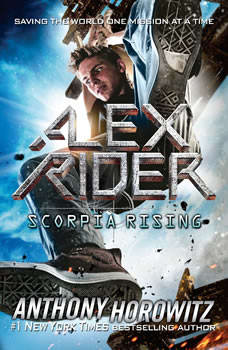 A solid choice for reluctant readers, Anthony Horowitz’s Alex Rider series is “chock-full of excitement and suspense from the first page to the last” (School Library Journal). In Scorpia Rising, the ninth installment of the thrilling series, the dangerous terrorist organization known as Scorpia is wreaking havoc in the Middle East. Fourteen-year-old MI6 operative Alex has fought them before, but this time, he’s out to shut them down for good.