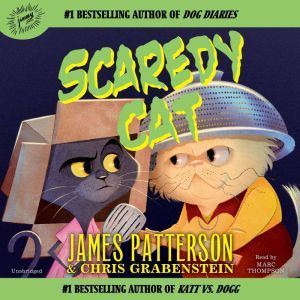 There are Scaredy Cats everywhere . . . only YOU can’t see them. Two shelter cats team up to track the most frightening feline in the neighborhood in this adorable, action-packed adventure.
​
When shelter cats Pasha and Poop move in with their new human family, they find themselves up against a ghostly bully. Scaredy Cat demands they follow his rules or he'll cause all kinds of trouble-knock over lamps, spill kitty litter, and even get them shipped back to the animal shelter!

But Pasha and Poop are stubborn and rebellious. They won't follow the Scaredy Cat's ridiculous rules like all of the other pets on the block. Together, they set out to find the truth behind who the Scaredy Cat really is, and how they can end his mischief-making for good.