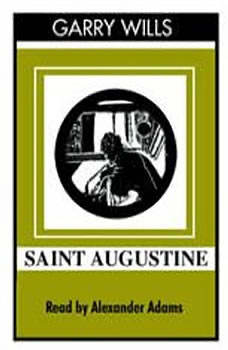 For centuries, Augustine's writings have moved and fascinated readers. With the keen eye of a writer whose own intellectual analysis won him a Pulitzer Prize, Gary Wills examines this famed fourth-century bishop and seminal thinker whose grounding in classical philosophy informed his interpretation of Christian doctrine. Saint Augustine explores Augustine's thought as well as the everyday man who set pen to parchment. It challenges many misconceptions, including those regarding his early sexual excesses. It portrays Augustine as being "peripheral in his day, a provincial on the margins of classical culture" who didn't even know Greek. Here is a lively and incisive portrait of a man who helped shape Western thinking.

"Wills's agile mind matches the agility of Saint Augustine. He presents his subject with candor and with empathy."—New York Times Book Review