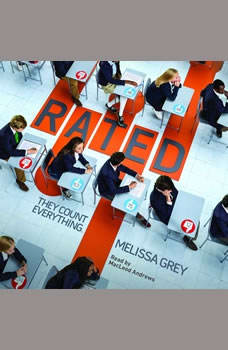 The ratings are real. One number, 0 to 100, determines your place in society. Earn a high rating, and the world is yours for the taking. But fall to zero, and you may as well cease to exist. Societies thrive on order, and the Rating System is the ultimate symbol of organized social mobility. The higher it soars, the more valued you are. The lower it plummets, the harder you must work to improve yourself. For the students at the prestigious Maplethorpe Academy, every single thing they do is reflected in their ratings, updated daily and available for all to see. But when an act of vandalism sullies the front doors of the school, it sets off a chain reaction that will shake the lives of six special students -- and the world beyond.