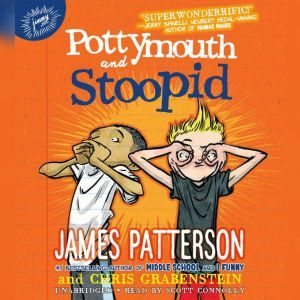 Bestselling author James Patterson's best book for boys in years! Tired of being bullied, middle-school underdogs "Pottymouth" and "Stoopid" finally fight back with the power of funny.David and his best friend Michael were tagged with awful nicknames way back in preschool when everyone did silly things. Fast-forward to seventh grade: "Pottymouth" and "Stoopid" are still stuck with the names--and everyone in school, including the teachers and their principal, believe the labels are true. So how do they go about changing everyone's minds? By turning their misery into megastardom on TV, of course! And this important story delivers more than just laughs--it shows that the worst bullying doesn't have to be physical...and that things will get better. A great conversation starter for parents to read alongside their kids!Official Notice to Parents:There is no actual pottymouthing or stupidity in this entire book!(Psst, kids: that second part might not be entirely true.)