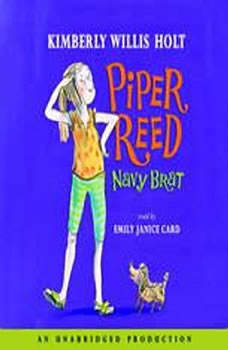 It’s not easy being the middle child, especially when your dad is a Navy Chief. Meet Piper Reed, a spunky nine-year-old who has moved more times than she can count on one hand. From Texas to Guam, wherever Piper goes, adventure follows, inspired by her active imagination, free-wheeling spirit, and a bit of sister magic.
Unlike her older sister, Piper loves being part of a Navy family, and unlike her younger sister, Piper is no prodigy genius. Piper is Piper–fearless and full of life!