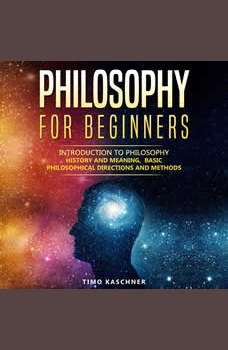 Philosophy for Beginners: Introduction to philosophy - history and meaning, basic philosophical directions and methodsOn the meaning of life and man

Do you know the great philosophical thinkers and philosophies they represent?

Do you know what the basic philosophical directions are?

Learn more about great philosophical thinkers and their basic ideas

"Philosophy has been a well-known branch of the humanities for thousands of years. Everyone knows of it, but hardly anyone knows what is behind it. Philosophy experienced its origins at the time of ancient Greece with its well-known representatives Plato and Socrates, to name just two examples. One can translate philosophy as the striving for knowledge about the meaning of life, the essence of the world and the position of man in the world. It describes the teaching and science of the knowledge of the meaning of life, of the world and of man's position in the world. Beyond that, however, it has a further meaning, namely the personal side of each human being and the way in which each one regards life and the world for himself as things. This corresponds to the saying ‘live and let live’"

You will learn in this helpful guide ...

... wherein philosophy is based

... how philosophy and science are connected to each other

... the evolution of philosophy

... where the concept of philosophy derived and which importance it gets

... which philosophical fundamental directions there are

... which methods apply in philosophy

World Peace and Other 4th-Grade Achie...
by John Hunter

The Death of Expertise
by Tom Nichols

Pedagogy of the Oppressed
by Paulo Freire

We Want to Do More Than Survive
by Bettina Love