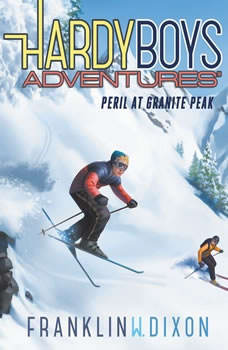 As I rounded the corner, I spotted Rick just ahead. He&#160;paused and bent down to poke at something&#160;on the ground by his&#160;feet, muttering something that I couldn&rsquo;t make out due to the&#160;wind.&#160;WHOOSH!&#160;I gasped and jumped back as a huge pile of snow slid off the roof of the ski shack,&#160;completely burying Rick!