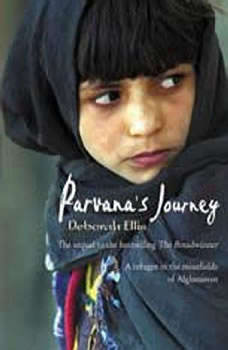 ‘My life is dust and rocks and rude boys and skinny babies, and long days of searching for my mother when I don’t have the faintest idea where she might be.’

Parvana is alone. Her father is dead. A refugee in a land full of dangers, she must travel across Afghanistan to find her mother and sisters.

As she travels, Parvana finds friends — a starving, orphaned baby; a strange, hostile boy; a solitary girl who darts in and out of the minefields to find food.

Perhaps, with their help, she may one day be reunited with her family...