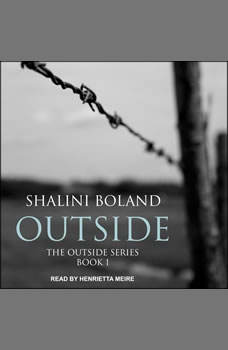 The future is divided by Perimeters: high-security gated communities where life goes on as normal. If you're inside you're lucky. If you're outside, life expectancy takes a nose dive. Riley is fortunate to have been born on the right side of the fence. But her life of privilege comes crashing down when someone breaks through and murders her sister. She forsakes her own safety to go in search of the killer. Luc decides to go with her; otherwise she'll be dead before she's past the security gate. But what awaits her outside is more unbelievable than she ever imagined.