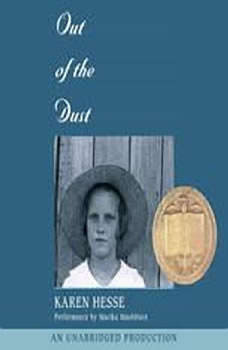 Out of the Dust

Billie Jo has a great deal to forgive: her father for causing the accident that killed her mother; her mother for leaving when Billie Jo needed her most; and herself for being the cause of her own sorrow. Daddy's too wrung out to help her, and there's no one else to care. So at fourteen, Billie Jo must heal herself - even if it means tearing up her roots and leaving behind everything she's ever known.

I Survived #05: I Survived the San Francisco Earthquake, 1906
by Lauren Tarshis

The terrifying details of the 1906 San Francisco earthquake jump off the page! Ten-year-old Leo loves being a newsboy in San Francisco -- not only does he get to make some money to help his family, he's free to explore the amazing, hilly city as i...