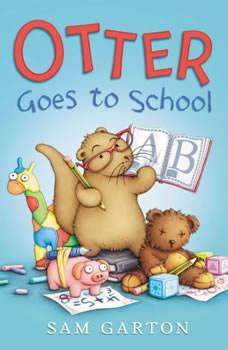 Otter—the irrepressible picture book character from I Am Otter, Otter in Space, and Otter Loves Halloween!, sure to be adored by fans of Olivia—goes to school for the first time!In Otter Goes to School, Otter starts her own school for Teddy, Giraffe, and the rest of her friends. They have a great teacher and do lots of fun things together . . . until Teddy says he doesn’t like school anymore. Luckily, Otter Keeper comes to the rescue and teaches everyone the best lesson of all!

It’s bath time for Otter, the irrepressible picture book character from I Am Otter, Otter in Space, and Otter Loves Halloween! Sure to be adored by fans of Curious George or Olivia.Otter and Teddy love to play in the garden. But when they get...

Otter—the irrepressible picture book character sure to be adored by fans of Llama Llama—takes a trip to visit sea friends and meet all the animals that live in the ocean.Otter: Hello, Sea Friends! is a My First I Can Read book, which me...