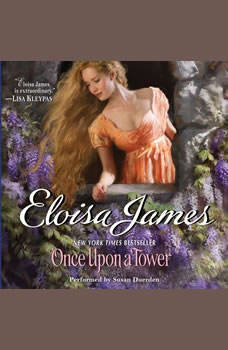 Once Upon a Tower

Once upon a time…A duke fell in loveGowan Stoughton of Craigievar, Duke of Kinross, values order and self-control above all else. So when he meets a lady as serene as she is beautiful, he promptly asks for her hand in marriage.With a ladyEdie—whose passionate temperament is the opposite of serene—had such a high fever at her own debut ball that she didn’t notice anyone, not even the notoriously elusive Duke of Kinross. When her father accepts his offer… she panics.And when their marriage night isn’t all it could be, she pretends.In a tower.But Edie’s inability to hide her feelings makes pretending impossible, and when their marriage implodes, she retreats to a tower—locking Gowan out.Now Gowan faces his greatest challenge.  Neither commands nor reason work with his spirited young bride. How can he convince her to give him the keys to the tower…When she already has the keys to his heart?

Once Upon a Tower
Fairy Tales #5

A Kiss at Midnight
Fairy Tales #1