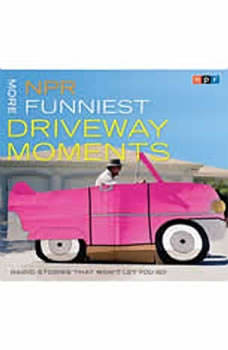 Most NPR listeners have experienced at least one “driveway moment”: You’re so captivated by a story, interview, or essay you’re hearing on the radio that you sit in your driveway, motor running, to hear it all the way through. Even if the ice cream is melting in the trunk.  The latest collection of this best-selling series features memorable tales, bits, and commentary from NPR favorites, regulars, and guests. Smartly chosen, sincerely hilarious, this collection will leave you in stitches.