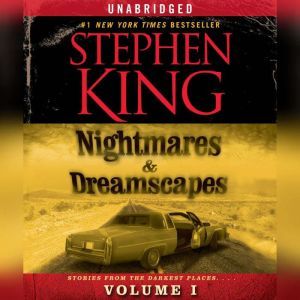 New to Pocket Books’ Stephen King backlist—the short story collection containing the story "Dolan’s Cadillac," soon to be released as a feature film starring Christian Slater and Wes Bentley.With numerous unforgettable movies based on his short stories—including Shawshank Redemption, 1408, and The Green Mile—readers will be delighted to rediscover this classic collection, also released as a television mini-series and on DVD. Featuring twenty short horror stories, a television script, an essay, and a poem, Nightmares and Dreamscapes contains unique and chilling plots including everything from dead rock star zombies to evil toys seeking murderous revenge. It will be treasured by King fans new and old.