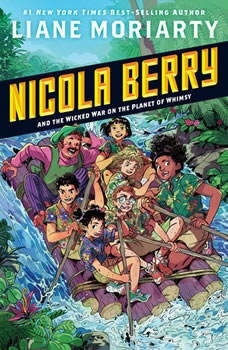 The third in a three-book outer space adventure series for young readers from the #1 New York Times bestselling author of Big Little Lies!

Nicola and her friends' whirlwind tour of the galaxy isn't about to stop! The Space Brigade's third adventure takes them to a strange pair of planets that couldn't be more different. On one side is a planet covered in volcanoes. On the other side, a beautiful place full of daydreamy poets. Nicola and the Space Brigade find themselves caught in the middle of a war between the two, and must find a way to make peace before it's too late!