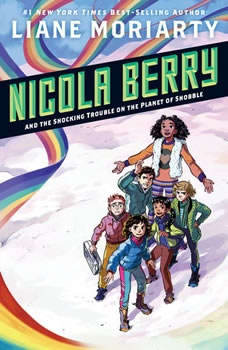 The second in a three-book outer space adventure series for young readers from the #1 New York Times bestselling author of Big Little Lies!

Nicola Berry and her friends have barely caught their breath from their last trip to space when they are called on another intergalactic adventure! This time, they're on their way to Shobble, a beautiful snowy rainbow planet where nothing bad ever happens--or so they say. It turns out there is trouble brewing beneath this glittery exterior, and Nicola is put in a tough position. Should she risk defying the planet's dangerous commander-in-chief to help the people of Shobble? Leading the Space Brigade is no easy task!