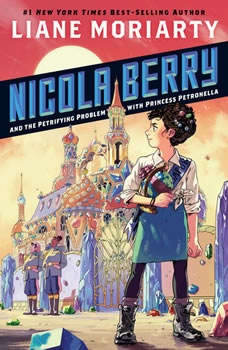 Nicola Berry and the Petrifying Problem with Princess Petronella #1

The first in a three-book outer space adventure series for young readers from the #1 New York Times bestselling author of Big Little Lies!

Nicola Berry's life is turned upside down the day a man from another planet comes to Earth on a strange mission. He's looking for somebody to travel back to his home planet and convince their stuck-up princess not to turn Earth into her planet's giant garbage dump. When Nicola is chosen as the Earthling Ambassador, she's not sure that she's up to the task. Can Nicola and her friends save the planet in time? Or will the nasty Princess Petronella cover Earth in a galactic ton of garbage?