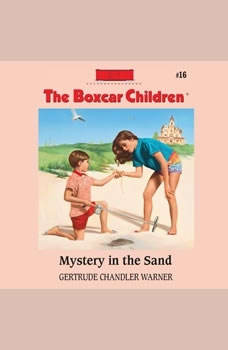 Mystery in the Sand

The Alden family is spending sunny days at the shore and summer nights in the mobile home right on the beach! One morning Benny finds a gold necklace in the sand, and a search for its owner begins a trail of clues that leads to Tower House, the strange old mansion nearby. What will the Boxcar Children find there?