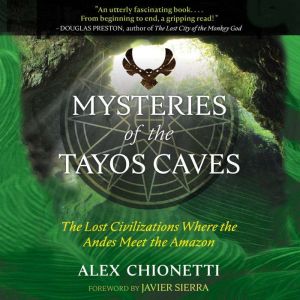 Mysteries of the Tayos Caves: The Lost Civilizations Where the Andes Meet the Amazon

A detailed examination of the controversial expeditions to the Tayos Cave complex in Ecuador and the treasures glimpsed in its depths • Reconstructs the expeditions from the 1960s and ’70s, including the Mormon Church’s search for lost tablets, Stanley Hall’s quest with Neil Armstrong, and sightings of a metal library, books of gold, copper plates, and a quartz sarcophagus • Explores connections to Atlantis, Ancient Astronauts, and the Hollow Earth theory and the possibility of tunnel networks that extend from the Rocky Mountains to Patagonia The Cuevas de los Tayos is a cavern complex in the Amazon rain forest of Ecuador. Named for the tayos, the oil birds that reside within them, these caves have countless enigmas connected with them, from the discovery of inexplicable architectural details, to claims of curses and treasures, to dangerous encounters with the indigenous people, the Shuar, for whom the caves are sacred. Sharing his more than 30 years of research into the Tayos Caves as well as his own explorations, Alex Chionetti examines the legends and mysteries associated with this site and the explorers who have ventured within. He details the discovery of the Tayos Cave complex by Hungarian explorer Janos Juan Moricz in the 1960s, including Moricz’s claims of finding a metal library with books of gold. Exploring the oral tradition of the Shuar, he explains how this region was the possible origin of Incan culture and the legend of El Dorado. The author shares his own dangerous explorations within the Tayos Caves, and, drawing on unpublished interviews with speleologist Julio Goyén Aguado, he reconstructs the expeditions of the 1960s and ’70s, revealing the Mormon Church’s search for lost tablets, a British army incursion, and sightings of paintings, gold statues and skeletons, copper plates, and a quartz sarcophagus--treasures akin to the Crespi treasure. The author also shares details from Stanley Hall’s suspicious expedition in 1976, which included astronaut Neil Armstrong. Investigating the lost civilizations behind the Tayos treasures, Chionetti explores the possible connections to Atlantis, aliens, Ancient Astronauts, and the Hollow Earth theory; the caves’ links with hermetic societies; and claims of tunnel networks that extend thousands of miles through both American continents, from the Rocky Mountains to Patagonia. Sharing a real-life adventure story wilder than an Indiana Jones plot, the author shows that Earth’s ancient past has many secrets waiting to be uncovered. 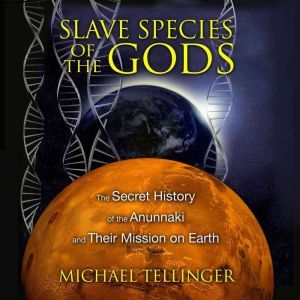