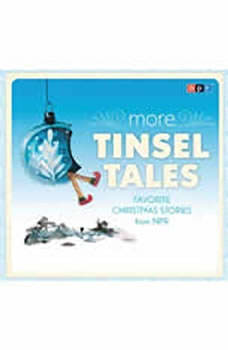 Each year, listener's tune in to NPR for holiday offerings of all kinds: funny, touching, insightful, and surprising. Now anyone can listen to these evergreen delights while driving to the mall, wrapping gifts, entertaining friends, or relaxing in front of a crackling fire. More Tinsel Tales includes many of the outstanding storytellers featured regularly on NPR: Kevin Kling finds that Christmas in his family usually includes some type of family disaster, but it provides a wellspring of memories as the family gathers again, undaunted. Ken Harbaugh wonders at the perfection of the unadorned tree in his house-until his family breaks the spell. Bailey White spreads the Christmas guilt as she implicates her mother and sister in their life of yuletide crime. Jay O'Callahan remembers a boyhood Christmas that veered from tragedy to hope. A very merry, but wary Dave Barry shares his latest take on the hazards of celebrating Christmas. Cowboy poet Baxter Black reflects on the modern manger. Julie Zickafoose remembers a frigid but magical night of "Caroling in the Cold."And available exclusively in this edition of More Tinsel Tales: "All Things Considered" host Audie Cornish shines with her inspired reading of O. Henry's "Gift of the Magi." With all the promise of an overstuffed stocking on Christmas morning, More Tinsel Tales from NPR is brimming with stories that will soon be holiday classics.