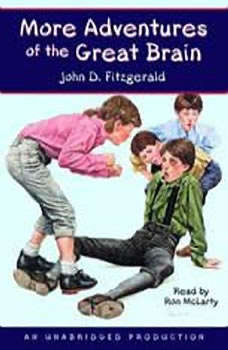 More Adventures of the Great Brain

People in Adenville are breathing a sigh of relief. It seems that Tom D. Fitzgerald, the Great Brain, has truly reformed. For months, not one kid has been swindled and not one stunt has been pulled. But when he gets a new bike for Christmas, the Great Brain heads full speed into his old ways. And this time his ideas are bigger than ever. He puts all of Adenville in fear of a prehistoric beast from Skeleton Cave, solves a mysterious bank robbery, and captures the ghost of Silverload Mine. Don’t look now–the Great Brain is at it again!