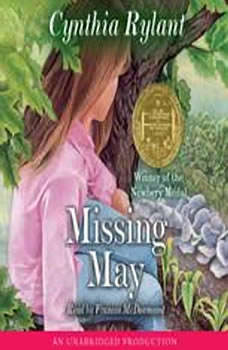 Since summer was six years old she lived with dear Aunt May and Uncle Ob. Now, six years later, Aunt May has died. Summer, who misses May with all her might, is afraid something will happen to Ob. Most days Ob seems like he doesn't want to go on.

But then Ob feels May's spirit around him and he wants to contact her. Cletus Underwood, a strange boy from school, reads about someone who could help him do that. Summer wants to hear from May too.

Ob and Summer don't know what to expect when they set off on their search for some sign from May. They only know they need something to ease their sorrow and give them strength to go on living--always knowing they will never stop missing may.

The Truth About Forever
by Sarah Dessen

Sarah Dessen is a New York Times best-selling author whose books have been named Best Books for Young Adults by the American Library Association on five occasions. In The Truth About Forever, Dessen depicts a young woman coming to terms with the tra...

Lauren DeStefano’s Wither was called a “thought-provoking debut, reminiscent of The Handmaid’s Tale” by Kirkus Reviews. Its chilling follow-up, Fever continues 16-year-old Rhine’s tale—set in a dark future in whic...

EGGS is a quirky and moving audiobook about two very complicated, damaged children. David has recently lost his mother to a freak accident, his salesman father is constantly on the road, and he is letting his anger out on his grandmother. Primrose ...