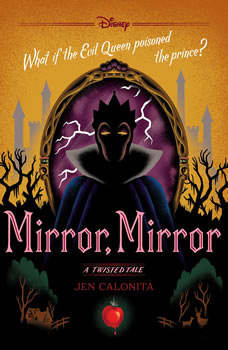 What if the Evil Queen poisoned the prince? Following her beloved mother's death, Snow White's kingdom falls into the hands of her stepmother, commonly referred to as the "Evil Queen" by those she rules. Snow keeps her head down at the castle, hoping to make the best of her situation. But when a plot to kill her goes awry, everything changes for Snow. With the help of a group of wary dwarfs, a kind prince she thought she'd never see again, and a mysterious figure from her past, Snow embarks on a quest to stop the Evil Queen and take back her kingdom. But can she stop an enemy who knows her every move and will do anything to hold on to power ... including go after the ones Snow loves?

The #1 New York Times Bestselling Series!Mirror, mirror on the wall,Who is the fairest of them all? Fans of the Lunar Chronicles know Queen Levana as a ruler who uses her "glamour" to gain power. But long before she crossed paths with Cinder, Scarle...

The #1 New York Times Bestselling Series!Princess Winter is admired by the Lunar people for her grace and kindness, and despite the scars that mar her face, her beauty is said to be even more breathtaking than that of her stepmother, Queen Levana. W...

The #1 New York Times Bestselling Series!In this third book in Marissa Meyer's bestselling Lunar Chronicles series, Cinder and Captain Thorne are fugitives on the run, now with Scarlet and Wolf in tow. Together, they're plotting to overthrow Queen L...

Before Peter Pan belonged to Wendy, he belonged to the girl with the crow feather in her hair. . . . Fifteen-year-old Tiger Lily doesn't believe in love stories or happy endings. Then she meets the alluring teenage Peter Pan in the forbidden woods o...

The #1 New York Times Bestselling Series!A wicked mash-up of fairy tale and Terminator—set in a Star Wars kind of world—Marissa Meyer's Cinder is a fresh and fiercely ingenious futuristic retelling of CinderellaHumans and androids crowd ...

Rose is the youngest of seven children, meant to replace her dead sister. Maybe because of that, she’s never really fit in. She’s always felt different, out of place, a restless wanderer in a family of homebodies. So when an enormous whi...

Part of Your World
A Twisted Tale Series #1