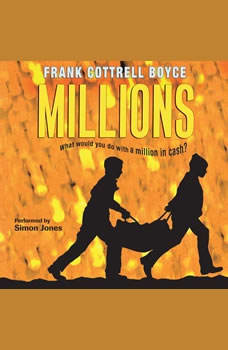 It was a one-in-a-million chance. A bag crammed with cash comes tumbling out of the air and lands right at Damian's feet. Suddenly the Cunningham brothers are rich. Very rich. They can buy anything they want. There's just one problem -- they have only seventeen days to spend all the money before it becomes worthless. And the crooks who stole the cash in the first place are closing in -- fast.A funny, brilliantly clever and utterly thrilling debut novel that is, quite simply, unforgettable.Performed by Simon Jones