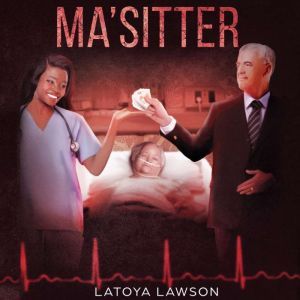 MA’SITTER is a four-part series about a beautiful young African American woman. That transitions into a new career as a caregiver. For wealthy white families in Mississippi to KILL their loved ones for monetary gain. MA’SITTER becomes her underground name as she juggles life not only as a single mother but also as a new Hitter-Sitter!!! Sometimes, a woman owns little more than the deep, hidden wishes of her heart, and those don’t count for much in a place like Mississippi, at least for folk like Victoria. What’s the cost of getting precisely what you want?She quickly becomes trapped in a cutthroat world of wealth, privilege, and power. When Victoria is offered everything she’s ever wanted, will she succumb to temptation, or will she find a way to resist?This pulse-pounding drama is a gritty cross between The Help and True Detectives. Victoria is forced to become a double agent between two different groups of powerful white families. With no allies, she must survive based on her wits and her instincts. Will she be able to withstand the pressures, or will she end up bending to the wishes of her employers and risk losing her freedom, her child, and her life?MA'SITTER is a gripping crime thriller that will appeal to a mature audience drawn to psychological thriller series containing unsavory scandal, emotional crime drama, and clandestine conspiracy.Once you read MA’SITTER, you’ll never be the same again.