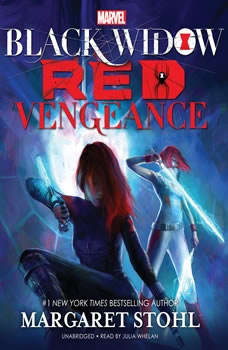 The Avengers iconic master spy is back, and shes seeing red. Emotions are dangerous, which is why the graduates of Moscows famed spy school the Red Room are taught to keep their enemies close and their loved ones at a distance. Black Widow and Red Widow, also known as Natasha Romanoff and Ava Orlova, forgot that lesson once, and they wont forget it again. But the Widows have inherited something else from their shared Moscow past: a relentless need for vengeanceIvan Somodorov is dead, but his network of terror remains. While the Widows search South America in order to extinguish a smuggling operation with ties to their old nemesis, their own Red Room not only attempts to assassinate them both but also hacks their secure S.H.I.E.L.D. network. As a result, Ava and Natasha find themselves thrust into a trying mission of international intrigue that takes them throughout the world and back to New York City, where their friends Dante and Sana become unlikely targets as well. Once again, nothing is as it seems, no one can be trusted, and no one is safenot unless the Widows can stop a conspiracy involving stolen nuclear warheads, mind-altering chemical weapons, and ultimately, betrayal by old friends and enemies alike.

The Renegades Trilogy continues, in this fiercely awaited second installment after the New York Times-bestselling Renegades by Marissa Meyer, author of the Lunar Chronicles. Time is running out.Together, they can save the world.But they each other&r...

Please Don't Tell My Parents You Believe Her
by Richard Roberts

Middle school supervillain Penny Akk has defeated every challenge thrown against her. She has bested heroes, villains, weirdos who can't make up their minds, robots, aliens, friends, rivals, enemies, natural disasters, secret admirers, and her own s...

Relive the emotional and thrilling adventures from the film Avengers: Infinity War right on the cusp of the release of Avengers: Endgame, the film that will see the culmination of every significant event in the Marvel Cinematic Universe.

"Everyone gets mad at hustlers, especially if you're on the victim side of the hustle. And Miles knew hustling was in his veins."Miles Morales is just your average teenager. Dinner every Sunday with his parents, chilling out playing old-school video...

This dark and twisty BATMAN in the blockbuster DC Icons series is an action-packed thrill ride from #1 New York Times bestselling author MARIE LU.AN INSTANT NEW YORK TIMES BESTSELLERBefore he was Batman, he was Bruce Wayne. A reckless boy willing to...